While writing, interviewing and researching histories of undertakers in Waterloo Region – since about 2013 – I decided to include traditions of some Mennonite groups.  It made sense to me  because my family’s funeral home in Elmira has worked with them since it was established in 1904. Some of their traditions haven’t changed, giving a glimpse of what caring for and burial of the dead would have been like a hundred years ago. However, my sense is that readers are most interested in current practices because little is known about any part of the lives and customs of our Mennonite neighbours.

In 2018, I realized that the material I had would be better published separately. I knew that the size of a  market for this book would not likely interest a publisher, and if it did I wouldn’t have control of the content.  Printing, publishing, promoting and selling the book turned out to be almost as good an experience as interviewing, gathering pictures and learning more than I expected to.  All the while, I reminded myself that  this 96-page book has taken a lot of work and time.  Multiply that times four for the next, much larger book, the one about undertakers’ histories that was waiting to be finished!

My writing is descriptive, rather than analytical and is based on interviews with members of seven conservative Mennonite groups:  Old Order, David Martin, Markham-Waterloo, Amish, Old Order Amish, Russian, and Old Colony.  There are about 80, mostly-colour illustrations including diary entries and food lists; also Indexes, a Bibliography, and a map of each group’s location. Samuel J. Steiner, historian and author of In Search of Promised Lands: A Religious History of Mennonites in Ontario (2015), is quoted on the back cover:  “No one has come close to what Marion Roes has done with this book.”

Mennonite Funeral and Burial Traditions is available in in book stores and some museums and gift shops in Kitchener, Waterloo, St. Jacobs and Elmira, abebooks.com, Anna Mae’s Restaurant in Millbank, and from me. Cost is $20 plus $7 if mailed.

I have returned to finishing the book about undertakers and their businesses in Waterloo Region. Maybe it will be completed by the end of this year…   Title is not yet decided. 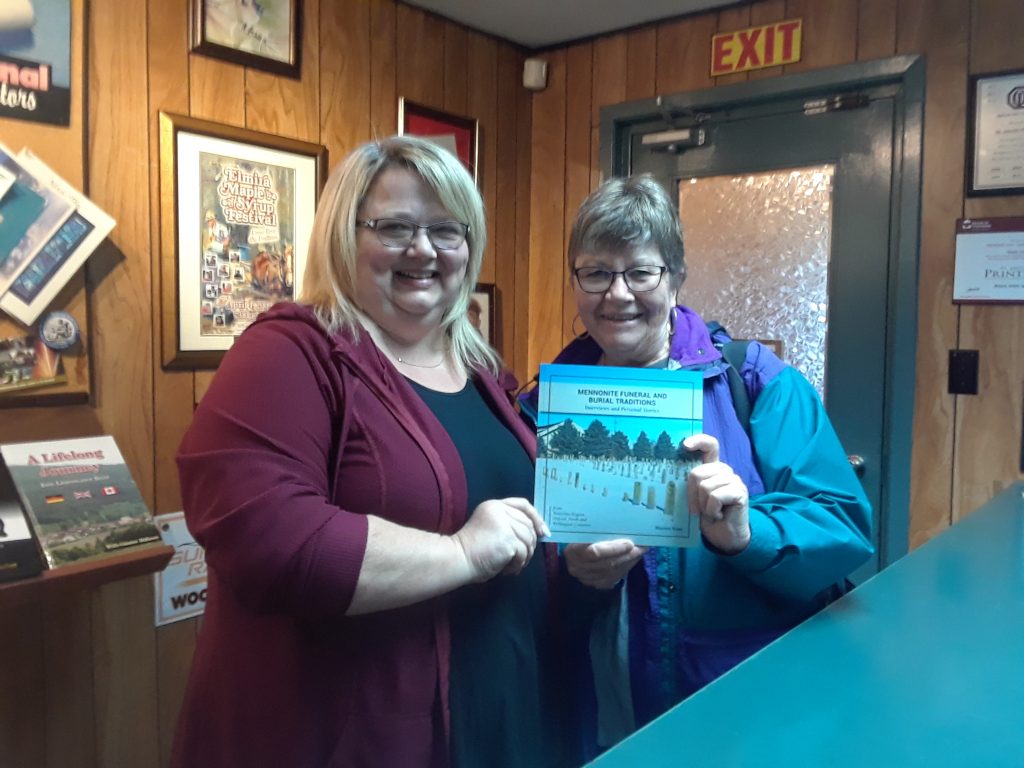 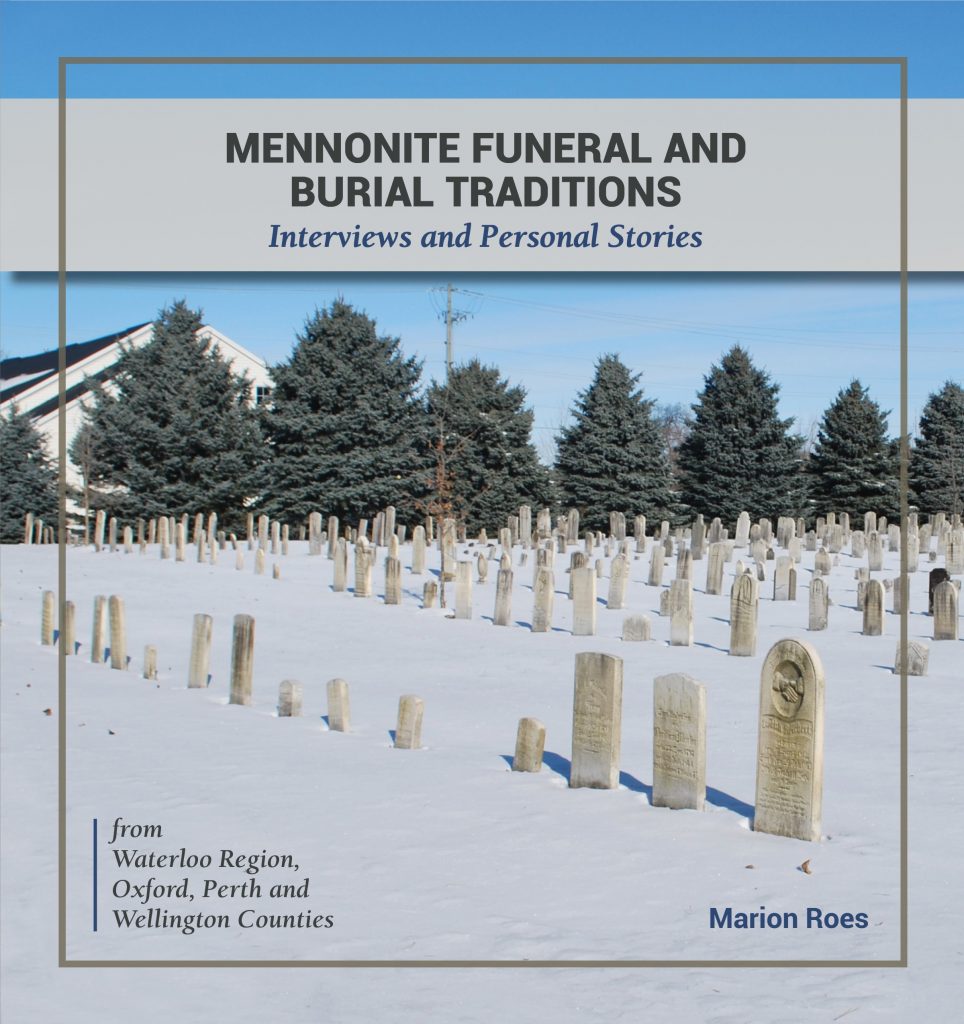